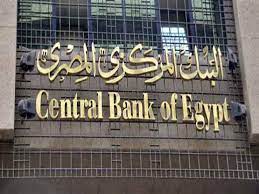 The crisis entered a new turn with the decision to stop processing collection documents in all import operations as of March next year, as the Governor of the Central Bank of Egypt announced that the decision was irreversible.
The crisis began yesterday, and events accelerated during the past few hours in light of the Central Bank’s insistence on its decision, and the business community’s opposition to it, and calls for its cancellation.
Yesterday, the Central Bank decided to stop processing collection documents and use documentary credits in carrying out all import operations, as of March 1, next year.
The previous company handled the collection documents, and the transaction was conducted directly between the importer and the exporter, with the bank acting as an intermediary in the process. and Export Bank.
Masrawy described the sequence of the outbreak of the crisis and the responses of the central authorities, manufacturers, traders and importers to the crisis.
make a decision.

The Central Bank yesterday asked banks to stop processing collection documents in all import operations and use only documentary letters of credit as of March next year.
The Central Bank excluded this decision from this decision, as it allowed banks to accept receipts of shipped goods before the issuance of this decision.
Six years ago, Hisham Ramez, the former governor of the Central Bank of Egypt, issued a directive to banks operating in Egypt to strengthen control over the use of tools used in trade finance operations, as some importers manipulated the value and quantity of imported goods. from the receipt documents. Invoices less than the actual value to avoid customs duties.
The business community opposes
The Central Bank’s decision was opposed by the Federation of Industry, the Egyptian Businessmen Association and the Federation of General Chambers of Commerce.
The business community wrote to Prime Minister Dr. Mostafa Madbouly to intervene and cancel the Central Bank’s decision to stop processing collection documents for all import operations.
The letter said that the decision will have a negative impact on the industry, productivity and consumers, noting that the central bank took the decision without listening to them.
The letter was signed by Ali Issa, head of the Businessmen Association, Mohammed Al-Suwaidi, head of the Federation of Industry, and Ibrahim Al-Arabi, head of the General Federation of Egyptian Chambers of Commerce.
The letter explains their reasons for rejecting the decision, saying that the action will directly affect supply in the industry, whose production requirements for production lines, intermediate products and spare parts add problems to existing supply chains. The emergence of the coronavirus pandemic, which in turn will affect production and supply of basic commodities and increase prices, including negatively, for both producers and consumers.
Sherif Al-Sayyad, head of the Export Council for Engineering Industries, confirmed that the Export Council is also preparing a separate letter to the Prime Minister opposing the decision and demanding the exclusion of industrial companies from its implementation. Masrawy.
central response.

After the business community announced the submission of the memorandum to the Prime Minister, the Governor of the Central Bank of Egypt, Tarek Amer, confirmed that the rules of the announced import regulation are irreversible and will not be modified, stressing that Banque Misr is ready to implement the new procedures effectively, according to the Middle East News Agency.
Amer called on businessmen to urgently amend their conditions and not waste time in disputes unrelated to the stability and performance of Egyptian foreign trade.
Opponents comment
Some manufacturers and traders told Masrawy that they are waiting for a response from the cabinet to their letter to cancel the central bank’s decision, although the central bank governor said there is no return.
They added that the central decision will raise the price of the final product for some time to come, noting that the decision helps to increase the transit period of goods, which will lead to an increase in the final cost price. a product.