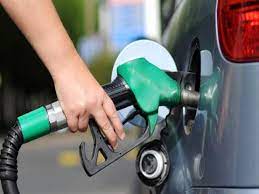 The Petroleum Products Automated Pricing Committee is responsible for following up and implementing the quarterly automatic pricing mechanism for petroleum products, and in a meeting held after the end of December last year, it decided to recommend reviewing the current prices in the local market. March quarter 2022, with an increased correction of product prices. As of 9 a.m., its three types of gasoline were: 7.25 pounds per liter 80 gasoline, 8.50 pounds per liter 92nd gasoline, and 9.50 pounds per liter 95 gasoline, with diesel prices fixed at 6.75 pounds per liter.
An official source said that the rise in prices is due to the rise in oil prices in the past period, noting that there are several factors that contributed to the increase, and the global price of Brent crude was one of them. important elements.

International oil prices have risen continuously in the past period, as they breached about $85 a barrel, and many international institutions expect the price trend to continue to rise, especially the increase in demand for crude oil and the cold wave that swept Europe and led to a rise in consumption. Rates and geopolitical differences between all states political tensions. From Russia and the United States.

The sources said that the committee’s decision depends on the evaluation of crude oil prices, as well as the rate of change in the exchange rate of the dollar against the pound sterling, as well as transportation costs and other costs, noting that price reviews are conducted every three months to monitor developments in the country. each component and make the appropriate decisions.
A government committee in Egypt, which sets the prices of petroleum products on a quarterly basis, decided to first raise gasoline prices to 25 piasters ($0.0159) per liter in April of last year, and prices have risen since then. 3 consecutive increases of the same value in July, October and last Friday, bringing the total increase to one pound ($0.64) in less than a year.

excluded d. Abdel Aziz El-Sayed, Head of the Poultry Division at the General Chamber of Commerce, the impact of poultry prices or any other strategic commodity on the rise in gasoline prices at less than one pound. In 2018, he proved his point that gasoline is not used to heat poultry in production farms, and is not used to transport poultry from farms to merchants and distribution outlets that use natural gas and diesel to transport products.

Gasoline is priced in Egypt by a government committee called the Automated Pricing Committee for Petroleum Products, and it meets quarterly, and prices are determined based on several criteria, the most important of which are Brent crude prices in global markets and the dollar exchange rate, according to official data., Sterling / Sterling – is considered The pound sterling is the most important factor affecting and determining the cost of supplying and selling petroleum products in the local market, among other burdens and costs.
A wave of global inflation will have a negative impact on food prices in Egypt due to the high prices of global strategic commodities and the high costs of transportation and shipping, noting that Egypt imports most of its production needs from soybeans, corn and oil, so these commodities are sold globally, any increase in price is reflected in local prices.
Abdel Aziz El-Sayed said that since the emergence of the Corona virus epidemic in March 2020, the price of strategic materials in Egypt has increased by 5-10%, attributing the main factors behind the increase to the rise in transport costs and local and global transportation. Ships team run rates are low.
The annual inflation rate in Egypt rose to 6.5% in December from 6% in the same month last year. This rise is due to 3 reasons. First, the base year, in which inflation fell sharply compared to the same month last year, followed by a global inflation wave that led to an increase in the prices of strategic goods imported from abroad, and thirdly, the government’s decision to adjust the prices of subsidizing food commodities to experts.

For his part, Head of the Vegetables and Fruits Department at the Federation of Chambers of Commerce, Hatem Al-Naguib, said that the prices of commodities in Egypt will not be affected by the rise in gasoline prices. Since most of the goods are transported by diesel cars and also used to operate land cultivation machinery during agricultural production, this refers to other factors affecting the prices of vegetables and fruits, especially availability and availability. Weather conditions, the most important factor at the moment is the wave of global inflation.
Egypt was not significantly affected by the emerging epidemic of the Corona virus or the wave of global inflation, as the government expanded the target area, and the production of local vegetables and fruits increased significantly in the past period, adding that 4 million acres of Egyptian agricultural land. , and the expansion of the greenhouse project, which, in addition to increasing agricultural exports, greatly reduced price volatility, as well as significant investment and employment of more workers.

On the rate of increase in the prices of vegetables and fruits since the emergence of the Corona pandemic, Hatem Al-Najeeb said that prices have changed between sharp increases in the past two years due to the significant increase in demand. After the pandemic, demand stabilized, then prices stabilized locally, and prices rose significantly, except for export demand, only during the changing seasons.