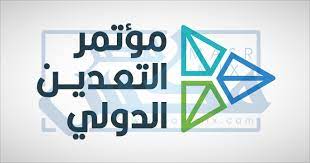 The Saudi Minister of Industry and Mineral Resources, Bandar bin Ibrahim Al-Khuraif, chaired the Eighth Arab Ministerial Consultative Meeting on Mineral Resources Affairs and the International Conference on Mining, which was hosted by the Riyadh Ministerial Meeting of the participating countries, Custodian of the Two Holy Mosques King Salman bin Abdulaziz Al Saud, in the presence of ministers, ambassadors and presidents. Official delegations from 32 participating countries.

The Minister of Petroleum and Mineral Resources, Eng. Tarek El Molla and his colleagues
Saudi engineer Bandar bin Ibrahim Al-Khorayef during a meeting on the sidelines of an international mining conference.

The two ministers discussed a number of mining issues of common interest, including the Nubian Shield, which is the common thread between Egypt, the Kingdom and the sisterly Sudan on the Red Sea coast.

The two ministers stressed the strengthening of joint cooperation in the mining sector to enable it to support the economy, industry, markets and jobs, and to attract investment from both countries, given the wealth and achievable added value that the mining sector enjoys. Nation.

Al-Khorayef commended Egypt’s participation in the conference, which was attended by a large number and enjoyed rich discussions. The two ministers stressed the importance of building on this basis to achieve the aspirations of the two countries in increasing the returns on this important industry. He also affirmed the two sides’ desire to enhance joint cooperation in the mining field.

After the talks, Eng. Tarek El-Molla, accompanied by the Saudi minister, visited the Egyptian pavilion in the exhibition that is being held with the conference, where he reviewed Egypt’s strategy, capabilities and wealth for developing the mining industry in Egypt, as well as successfully attracting investment through international investment. Tenders, the results of the first phase were announced and 11 companies won bids, including international companies entering the Egyptian market for the first time.