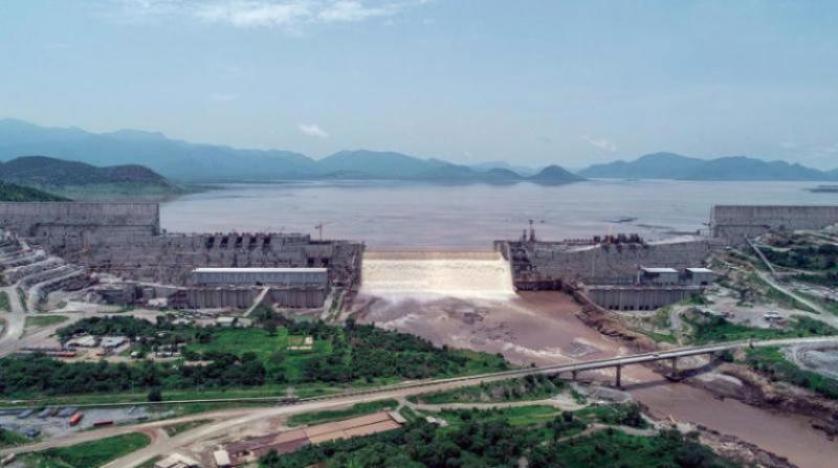 Government officials told that Ethiopia will start generating electricity from the controversial Grand Ethiopian Renaissance Dam on the Nile River on Sunday.

advertisement
The dam, expected to be Africa’s largest hydroelectric project, has been at the center of a regional dispute since Ethiopia launched the project in 2011.

“(Sunday) the dam will start generating electricity for the first time,” an Ethiopian government official said.

Another official confirmed the news.

The two officials requested anonymity because the Ethiopian authorities have not made any official statement on the matter.

The downstream countries, Ethiopia’s neighbors, Egypt and Sudan, are concerned about the dam’s impact on their water security, while Addis Ababa stressed its importance for energy generation and development.

The $4.2 billion (€3.7 billion) project is designed to generate more than 5,000 megawatts of electricity, more than double Ethiopia’s capacity.

Ethiopia initially planned to produce about 6,500 MW before lowering the target.

“The energy generated by the dam could help revive an economy wracked by a combination of bloody wars, high fuel prices and the coronavirus pandemic,” said Addisu Lashitio of the Brookings Institution in Washington.

The Renaissance Dam is located on the Blue Nile, about 30 kilometers from the Sudanese border, with a total length of 1.8 kilometers and a height of 145 meters.

The Blue Nile, which originates in Ethiopia, joins the White Nile at Khartoum to form the Nile, which flows through Sudan and Egypt and flows into the Mediterranean Sea.

– No piracy in dialogue –

The talks, which took place under the auspices of the African Union, did not result in a tripartite agreement on the filling and operation of the dam. Cairo and Khartoum demanded Addis Ababa to stop filling the dam’s reservoir until an agreement is reached.

However, Ethiopian officials believe that filling the dam is a natural stage in the dam construction process and cannot be stopped.

In September, the Council adopted a statement recommending Egypt, Ethiopia and Sudan to resume negotiations under the auspices of the African Union.

Egypt insists on its “historic right” to the waters of the Nile, which was guaranteed by a series of agreements concluded since 1929. At that time, Egypt obtained a veto to build any project on the river.

In 1959, under an agreement with Khartoum regarding the allocation of Nile waters, Egypt received 66 percent of the annual flow of the Nile, while Sudan received 22 percent.

However, Ethiopia is not a party to these agreements and does not consider them legal.

The holding phase of the dam’s huge reservoir began in 2020, with Ethiopia announcing in July of that year that it had reached its goal of storing 4.9 billion cubic meters of water.

In July last year, Ethiopia announced that it had achieved this goal, meaning it would have enough water to start producing energy, despite the skepticism of some experts.