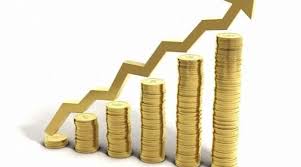 The annual inflation rate in Egypt continued to rise for the second month in a row, reaching 8% in January, compared to 6.5% in December and 4.8% in the same month of 2021. Experts attribute the rise to rising energy prices at the global level, in addition to a trend The state to lift subsidies on utilities, which confirms the Central Bank of Egypt’s target of 7% (+-2).

Economist Mustafa Ibrahim attributed the rise in the inflation rate in Egypt to several external and internal reasons, most notably the rise in the global inflation rate, which leads to higher prices regardless of whether they are production inputs, intermediate inputs and even final products. As well as energy and feed prices, while internal factors lead to precedents that lead to a rise in food prices, especially basic commodities imported from abroad, and the abolition of utilities subsidies (electricity – water), noting that despite the rise in inflation prices in Egypt, it is still Much lower than world prices.

On his expectations for the annual inflation rate in Egypt in the first quarter of this year, Ibrahim said that the Central Bank of Egypt targets the fourth quarter of 2022, with inflation continuing within the central bank’s target range. The next six months until global production conditions stabilize and inflation decreases again, and the achievement of this is linked to monitoring the rise in oil prices and the occurrence of changes in US interest rates.
The Central Bank of Egypt fixed interest rates for the tenth time in a row earlier this month at 8.25% and 9.25%, while the main operating rate and the discounted credit rate remained at 8.75% to keep Egypt at the forefront of the highest real interest rates in the world. To increase the attractiveness of trading the interest pair in Egyptian pounds to foreign investors.

Mostafa Ibrahim added that the Central Bank of Egypt may adjust interest rates if the Federal Reserve agrees to raise the interest rate and the annual inflation rate in Egypt rises above the central bank’s target.
For his part, Mohamed Kamal, a member of the Board of Directors of Securities Management in the Federation of Chambers of Commerce, believes that the high inflation rates in Egypt are the result of the rise in global prices of basic commodities, not only locally, explaining that the rise in global commodity prices. Global inflation has had an effect on domestic prices. It has had a major impact due to the rise in global freight and commodity prices, and domestic causes, including changes in commodity prices and supplies such as sugar and oil, have led to higher prices for their products.

Kamal expected that inflation will continue to rise next month as consumer demand for consumer goods is expected to increase before the beginning of the month of Ramadan, which may lead to a decision by the Central Bank of Egypt’s Policy Committee to raise interest rates. In the face of inflation waves, especially the factors that keep global inflation high.