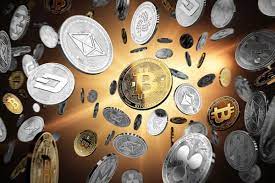 Gone are the days when Bitcoin, Ethereum and other cryptocurrencies could be considered proper corners of the financial markets.

What’s happening: In a new report, the Financial Stability Board – an international body that brings together regulators from 24 countries and jurisdictions – says the “rapidly developing” cryptocurrency market could soon become a “threat to global financial stability.” Because of its size, structural weakness, and growing ties to the traditional financial system.

“Financial stability risks could escalate rapidly,” the group said, adding that policymakers need to step up their efforts.

The assessment comes at a time when banks and other major market players are increasing their exposure to cryptocurrencies due to customer demand, albeit volatile.

In 2021, the crypto-asset market more than tripled to $2.6 trillion. This is still relatively small. By comparison, the global stock market is worth over $120 trillion.

So why is the FSB sounding the alarm? The group said that extreme volatility in the cryptocurrency market could lead to a series of unexpected events due to the participation of major players. She even compared the housing market deals that helped spark the 2008 financial crisis.

The group added that, like the mortgage crisis in the US, a small amount of known risk does not necessarily mean a small amount of risk, especially with the lack of transparency and inadequate regulatory coverage.

After a slow start to work on the issue, the government may start to become more aggressive. US President Joe Biden is expected to issue an executive order directing agencies to study cryptocurrencies and develop a government-wide strategy for regulating digital assets.