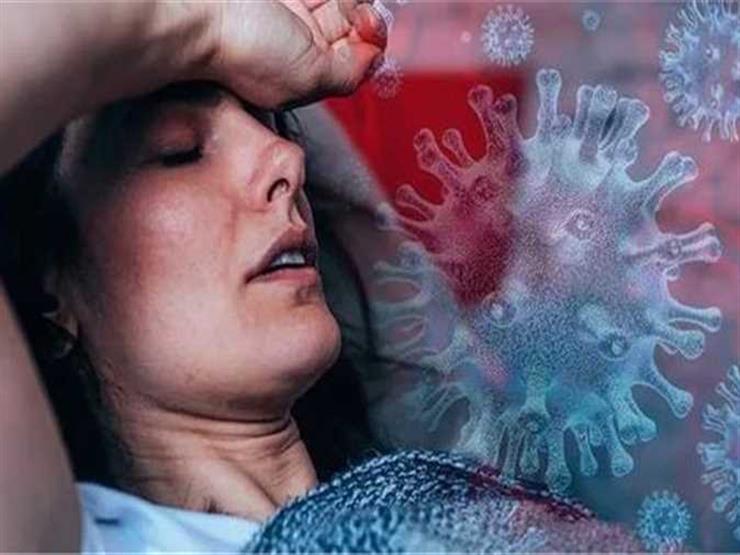 In Egypt, Omicron mutations have become dominant in infection with the Coronavirus, according to the Ministry of Health. According to official statistics, the number of infected people has begun to rise, which citizens say is far from reality. In the midst of this, the Egyptian communication sites mock “the role of the bitter cold that one day afflicted all Egyptians.”

Early December 2021 began talking about Omicron mutations from the coronavirus, new mutations that are spreading in unprecedented ways, often with flu-like symptoms.

Some people feel no different from a “bad cold” when infected with the trans because they suffer from headaches, colds and sore throats, the researchers said.

British researchers have warned that a sore throat, runny nose and headache means a high chance of infection with the Corona virus.
And the infected may be completely asymptomatic, while the spread of Omicron in some countries such as Tunisia or Egypt began to expand this month.

In Egypt, the Ministry of Health announced that the main variety is now Omicron and that it is spreading rapidly. And the Egyptians feel spread, even through social networking sites, with many comments and blogs whose owners complain that they suffer from fatigue, runny nose and sometimes cough.

But from what the media has found, most people diagnose their feelings as a “cold turn” or a bad cold.

The story spread until reality mixed with irony. Social media sites are full of posts, photos and videos mocking “the cold that once tormented all Egyptians!”

It is difficult to discern whether sarcasm is demeaning to disease, and mere humor in the face of the climate of fear and anxiety that pervades the world.

The Egyptian Ministry of Health issued a statement asking all people who believe they are symptoms of the common cold to consider themselves infected with the Coronavirus until proven otherwise.

The ministry stressed more than once that it is easy to confuse infection with the Covid-19 virus and infection with colds or influenza, as Acting Minister of Health Khaled Abdel Ghaffar said that it is witnessing “clear activity” during the past few months.

infection vaccines
According to them, social media users in Egypt published, at times, ironically, that the large number of infections self-diagnosed as a cold or influenza “was caused by weakened immunity caused by the vaccine.”

This “analysis”, without any scientific basis or research, poses a significant risk to the efforts of local and international health authorities to persuade people to vaccinate against Covid-19, in the hope of getting out of the epidemic phase.

The World Health Organization, on the Twitter page of its regional office in Egypt, responded to some reports that the Covid-19 vaccine weakened immunity, stressing that the vaccine helps the body and increases the efficiency of the immune system.
The Egyptian Ministry of Health has intensified its awareness campaign on the importance of the Corona virus vaccine through its pages on social media.

Omicron between fear and underestimation in Egypt
The Egyptian Ministry of Health, which publishes daily epidemiological data for the country, said in its latest results statement on January 19, that the number of infections reached 1,379 and the number of deaths from the virus 33.
Egypt has conducted tests on people suspected of being infected with the new Corona virus, and the Ministry of Health said that “the calculation of the epidemiological spread is very accurate.”

In addition to the official figures, many Egyptians fear this wave of infections.

No lockdown measures or precautions were taken as the authorities have always advised citizens to wash their hands, wear masks and maintain physical distancing.

Physical distancing seems impossible in many parts of the country and on public transportation.

Students and parents have raised concerns about the compulsory educational institutions exams for students in the rapidly spreading new mutant.

There are Egyptians who underestimate the virus, and believe in conspiracy theories that deny the existence of the virus, and those who believe that the virus exists but refuse to take any precautions to protect it or others for various reasons.

Egyptian journalist Youssef Al-Husseini has been subjected to media attacks during the past days, accusing him of underestimating people’s lives, said the late journalist Wael Al-Husseini, who attended the studio.

He was talking about the time he was standing in the studio.
The Egyptians demanded that Al-Husseini be punished for his recklessness and endangering the lives of many.

Al-Husseini said after the attack that he had caught a cold, not from the Corona virus.

The prevalence of Omicron mutations in Egypt has not yet reached its peak, and the authorities may take different measures than now, and may not be in line with the general trend in other countries around the world, such as easing restrictions in the United Kingdom, although the number of victims is still high.

These countries depend on a high percentage of the vaccinated population and the nature of this new mutation, whose symptoms appear to be less severe than those of its predecessors.

But the easing of restrictions comes with a warning against believing the pandemic is over or downplaying the importance of the virus.

Precautions have been tightened, especially during festivals in Europe, which has led to the lockdown, widespread Omicron spread and unprecedented daily infections amounting to hundreds of thousands.

While citizens continue to question these numbers, they say the actual number of infections far exceeds the official numbers.