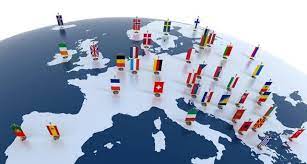 This is a set of laws that apply to commercial relationships including bank credit, transportation, insurance, industrial property, technology transfer contracts, multinational corporations, and investments.

GATT The first GATT agreement of 1947 was a special agreement on customs marks, followed by the World Trade Organization from 1993 to 1995, in addition to the Rome Convention on the International Sale of Goods and the Hague Convention of 1980, 1964 specialized in the international sale of tangible movables … and many other agreements . This feature is associated with the emergence of the terms and rules of international trade law, which were originally a set of provisions circulating among specialists in the field of international trade. This feature determines the law relating to contractual relations with foreign agents.

Trade and the economy are two sides of the same coin because of their great impact on relations between countries, and economic and commercial globalization emerges through the activity carried out by the World Trade Organization, as it seeks to unify the activity of international trade, and to establish a legal framework for it through concluding international agreements regulating all fields, and this The reason that leads to the diversity and speed of international commercial transactions, and the question of the independence and consideration of international trade law as a branch of private law has raised a great deal of controversy, until it was actually proven,