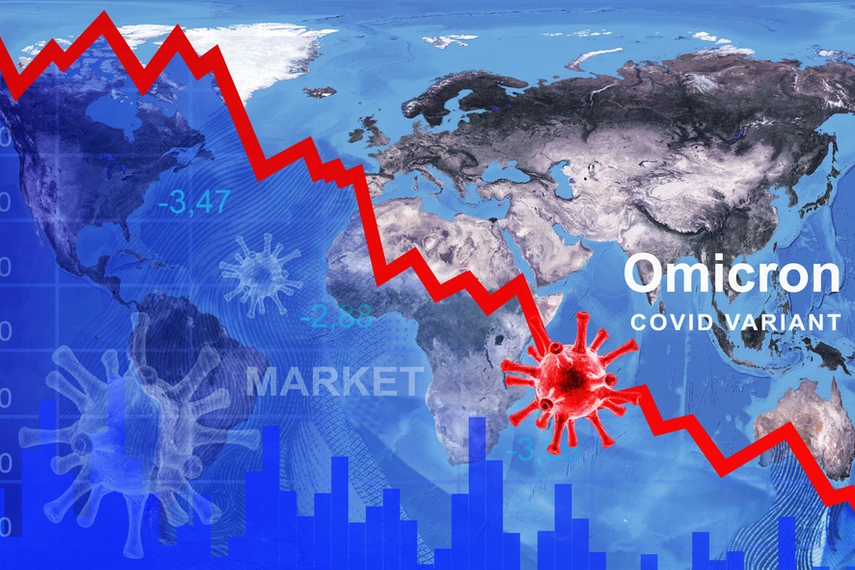 During one year, and since December 2020, the World Health Organization has recorded 5 variants of the “Corona” virus; It started with the “Alpha” variant, which was registered in Britain, and ended with the “Omicron” variant, which was registered in South Africa last month. At the beginning of the emergence of each variant, the same behavior is repeated by the markets, but to different degrees, with a decline in financial markets, an increase in supply chains and supply , an increase in restrictions on factories, and an increase in the potential for inflation. It does not seem that the world has adapted yet to the emergence of the new variables, as global markets witnessed a decline at the beginning of last week and the end of the previous week. No reliable data has yet emerged regarding the properties of “Omicron”…and accordingly; Everything that is happening in global markets now is nothing more than fears fueled by the uncertainty imposed by the new variant.

The Organization for Economic Cooperation and Development said in a statement the impact of the new variant in increasing the uncertainty that the global economy was already experiencing before the variant appeared. The organization increased its expectations of an increase in inflation in 2022 from 3.9 percent to 4.4 percent, indicating that Britain and the United States would be most affected by the increase in the inflation rate, with expectations rising from 3.1 percent to 4.4 percent. The organization also expected a decrease in the growth rate of some countries, such as Europe, China and the United States, while it did not expect harm to other countries such as India and Japan, concluding that global growth as a whole may not change much next year from previous expectations.It was announced at the beginning of the fourth quarter of this year.

In view of the previous metamorphoses; The organization has put two possibilities for the effect of the variant on inflation: the first is that the new variant causes more disruptions in supply chains and prolongs inflation for a longer period. As for the second, it assumes that the variant will worsen, and there will be more restrictions on movement, as happened at the beginning of the epidemic, and in this case, demand will decrease, causing a rapid decline in inflation.