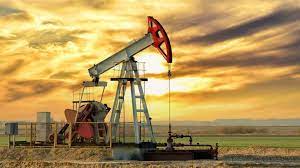 Oil prices fell about 2 percent on Thursday as talks with Iran to resume a nuclear deal entered the final stages that could pave the way for more crude supplies, but losses were limited due to tensions between Russia and the West over Ukraine.

“The oil market is in a tug of war due to the easing of sanctions on Iran and the tensions between Russia and Ukraine,” said Stephen Brennock of BVM Oil Brokers.

Brent crude, the global benchmark, settled as low as $1.84, or 1.9%, at $92.97 a barrel, while West Texas Intermediate crude settled at $1.90, or 2%, at $91.76 a barrel.
Both benchmarks reached their highest levels since September 2014 earlier this week and both continue to grapple with a market structure where spot contracts are more expensive than futures, reflecting market tightness.

State Department spokesman Ned Price said on Wednesday that the United States is in the “last stage” of indirect talks with Iran aimed at salvaging the 2015 nuclear deal.

However, tensions over a possible Russian invasion of Ukraine continued to support the oil market due to potential disruptions to Russian energy supplies.

Russia denies any plans to invade its neighbors.