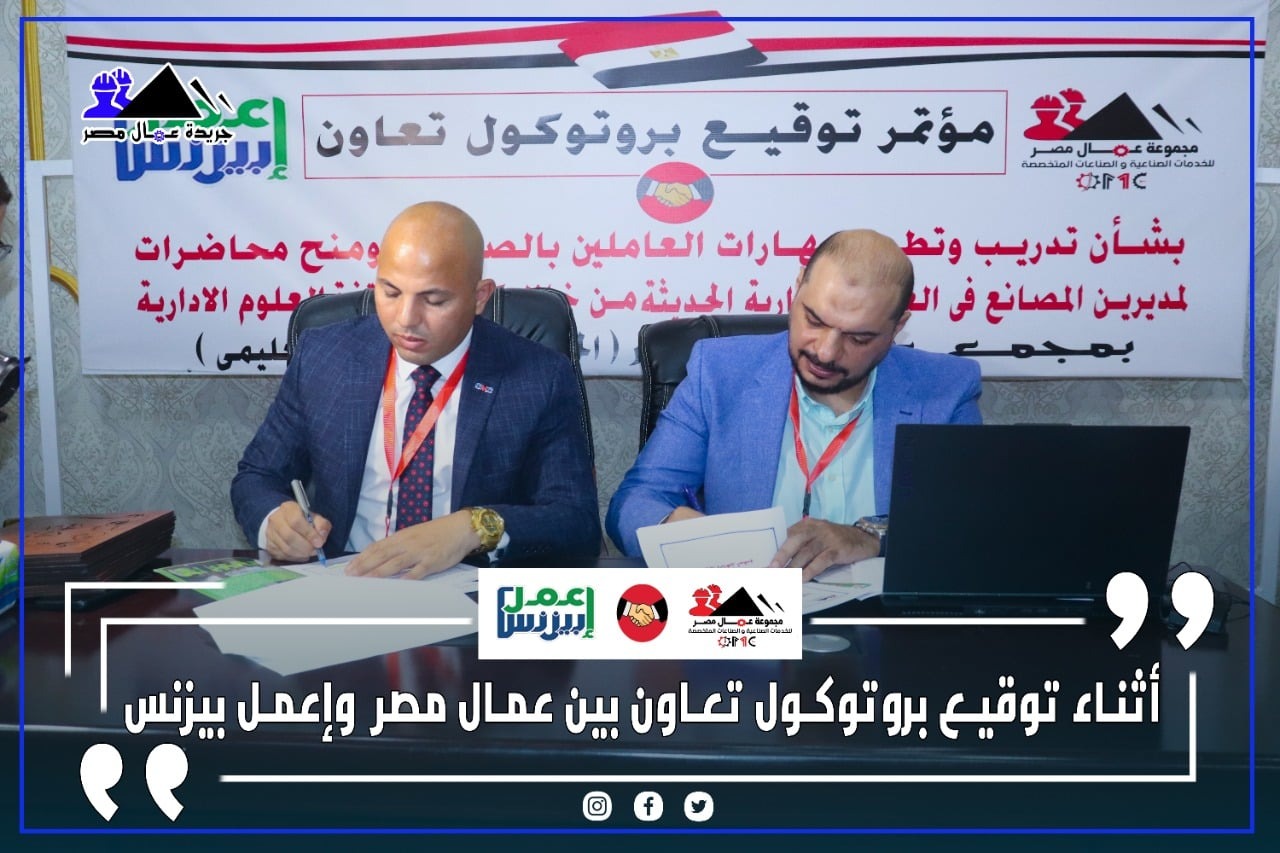 “Omal Misr Company signs cooperation with “do business”, one of the largest academies specialized in vocational training and modern administrative sciences.

In line with the vision and plan of Omal Misr Company in developing the capabilities and skills of the human cadre and qualifying it well for the industrial labor market so that it becomes qualified to work in the various industrial sectors in Egypt and
European countries and to increase and improve the quality of the supply of trained technical labor provided to factories and in application of its vision in developing industrial zones, exporting and spreading culture Entrepreneurship and Administrative
Sciences According to the latest findings of modern administrative sciences, the Omal Misr Group held a business academy, one of the most important academies in the Middle East, specialized in providing lectures and educational courses in the
fields of entrepreneurship, human resources and administrative sciences.

The activities of the conference began with a speech by M. Haitham Hussein, President of OMC Group and Factories, in front of a delegation of the Business Academy, consisting of a group of the most important lecturers and professors specialized in the
fields of modern administrative sciences, headed by M/ Mohamed El-Baz, President of the Academy, a number of industrial investors, factory owners, the Omal Misr Company team and Nawa “Hussain” in one word ” The trained human cadres precede the
capital in the expansion and development processes of all productive projects, indicating that the state’s direction in supporting the national industry and increasing the gross domestic product starts from paying attention to the human element
and raising its efficiency. He stressed the importance of training and qualifying human cadres to develop their skills and invest in them within the successful projects and plans that Omal Misr Company seek to achieve. Always in building partnerships
and holding protocols with the most important academies specialized in vocational training and qualification in implementation of the vision of Egypt’s workers and its future plans About the project and the study submitted by Egyptian workers
to the Egyptian Ministry of Foreign Affairs regarding support for Omal Misr Company to work in the European Union countries in industry and its objectives directed towards spreading the culture of entrepreneurship and modern administrative science
in the industrial zones, in addition to improving the quality of service provided to factories by providing qualified and trained workers, technicians and human cadres.

Al-Baz presented the conference platform and expressed his great happiness at the presence of him and his team in the Egyptian Workers’ Complex (service, industrial and educational), and praised the thought and vision of Egypt’s workers directed towards
developing the skills of the human cadre and serving the Egyptian industry. The public thought and culture of the importance of entrepreneurship, and pointed out that Egypt still suffers from a large gap between the outputs of education and the
labor market, which we seek to eliminate through this protocol to serve the national industry.

In his words, he stated that the protocol provides for the organization of conferences and scientific seminars for industrial investors in each industrial zone to train and qualify them in the field of business administration “management sciences, marketing,
crisis management and entrepreneurship.”

In addition to organizing and holding training activities (courses – seminars – workshops – conferences) in the industrial, administrative, technical and human resource development aspects, provided that the two parties participate in theoretical and
practical training and launch some different initiatives that motivate workers to raise their production capacity.

As part of today’s activities, the two parties went to the platform of Dr. Ibrahim El-Feki’s hall, and the activities of signing the joint cooperation protocol began. Hussein handed a shield of honor to El-Baz, thanks and appreciation from the Omal Misr
Company’ Group for his efforts and his currency team in spreading the culture of entrepreneurship in the Arab world.

Hussein explained that the vocational and practical training plan aims to cover nearly 40,000 industrial establishments at the level of the Republic, whether through on-the-ground training programs or through online programs. Personal and communication
skills, as well as intensive transfer of management sciences to factories.

At the end of the conference, a number of Omal Misr Company team were honored, thanks and appreciation to them from their company for their efforts during the previous periods, from the head of the Egypt Workers Group, M. / Haitham Hussein, and the head
of the Business Academy, M/ Mohamed El-Baz, and a number of the team at the Business Business Academy, thank them for me. They spread the culture of modern administrative sciences in Egypt and the Arab world. 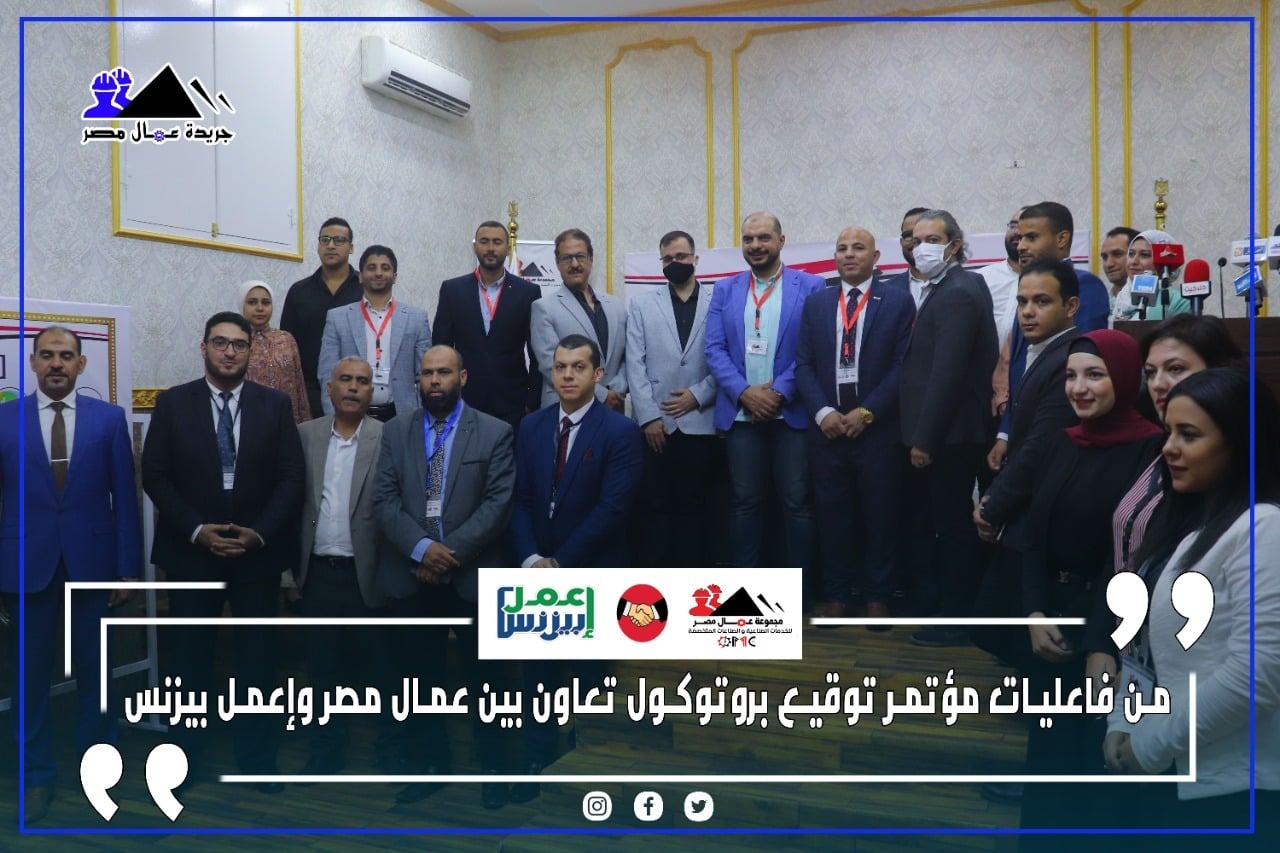 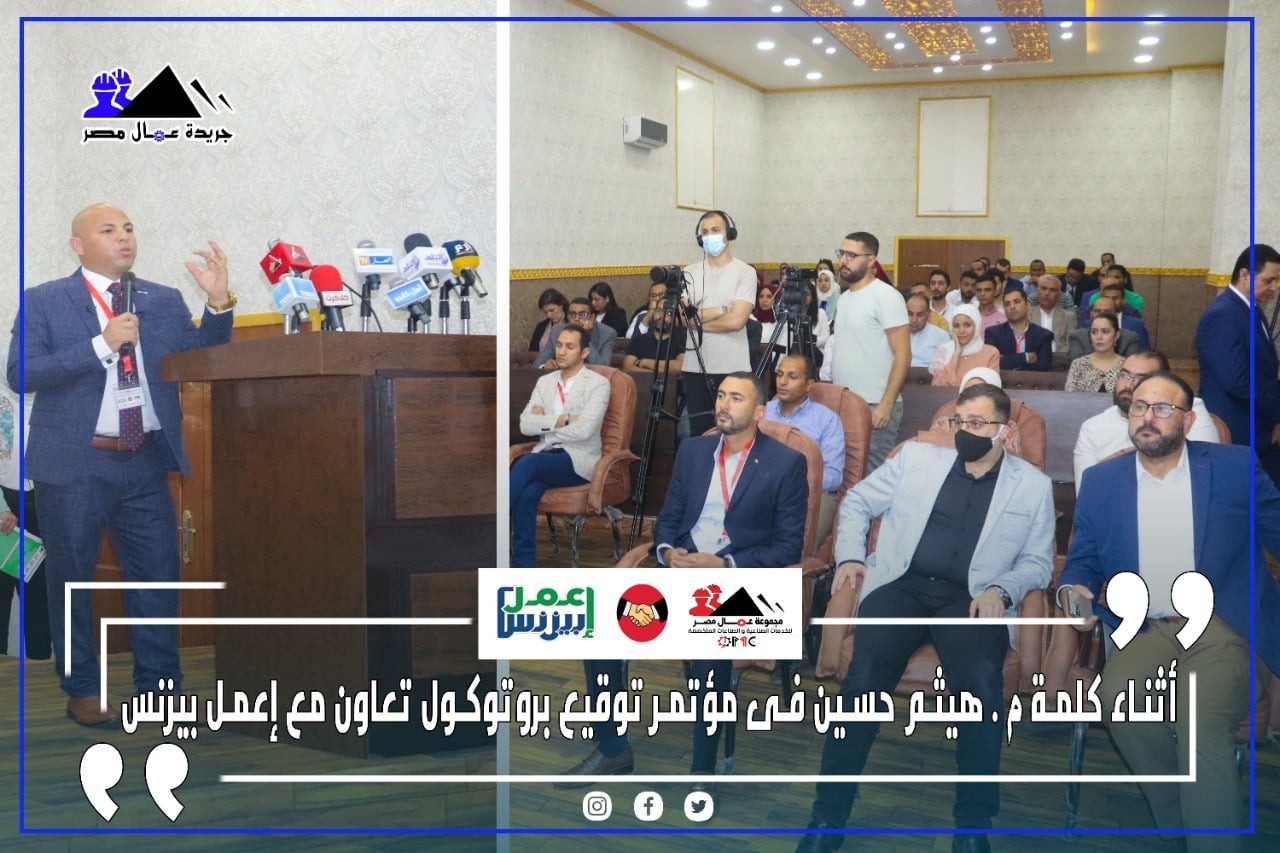 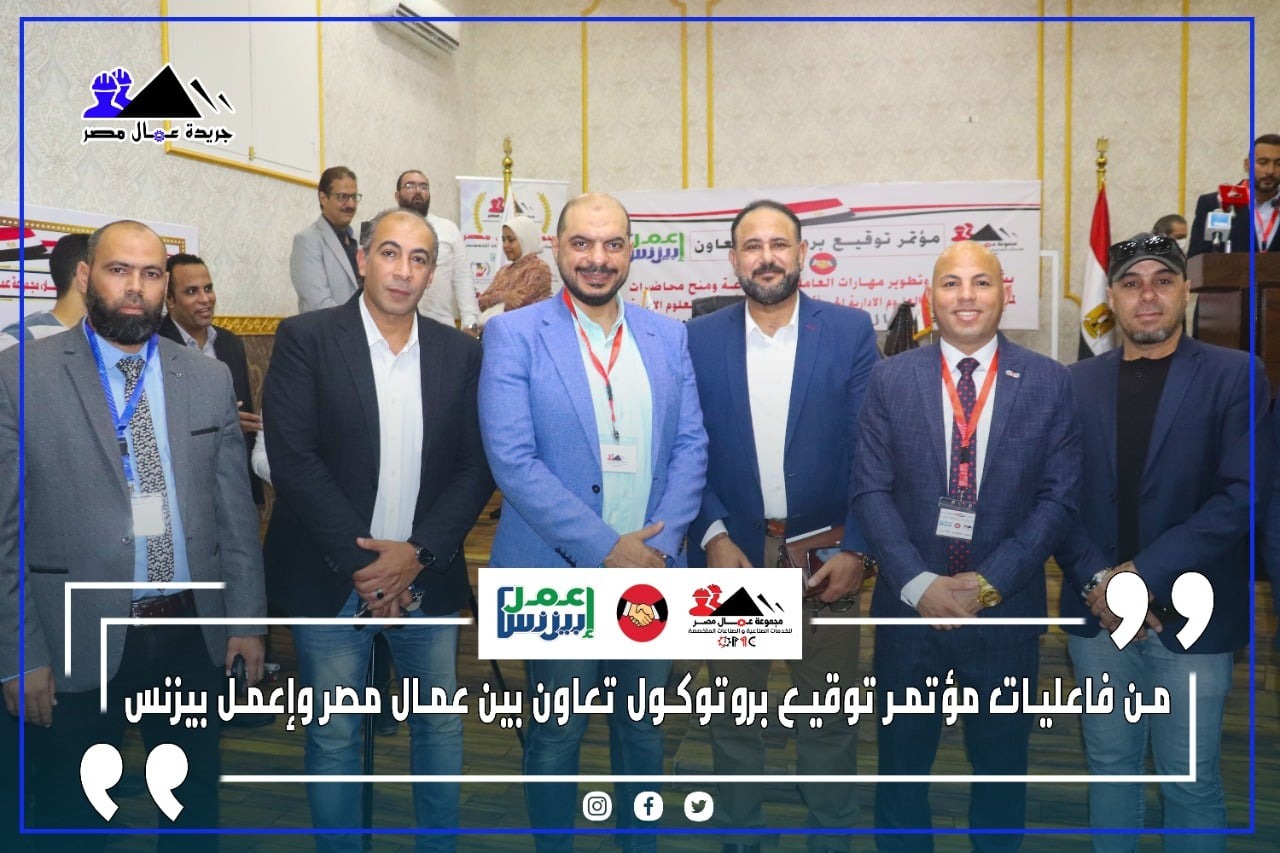 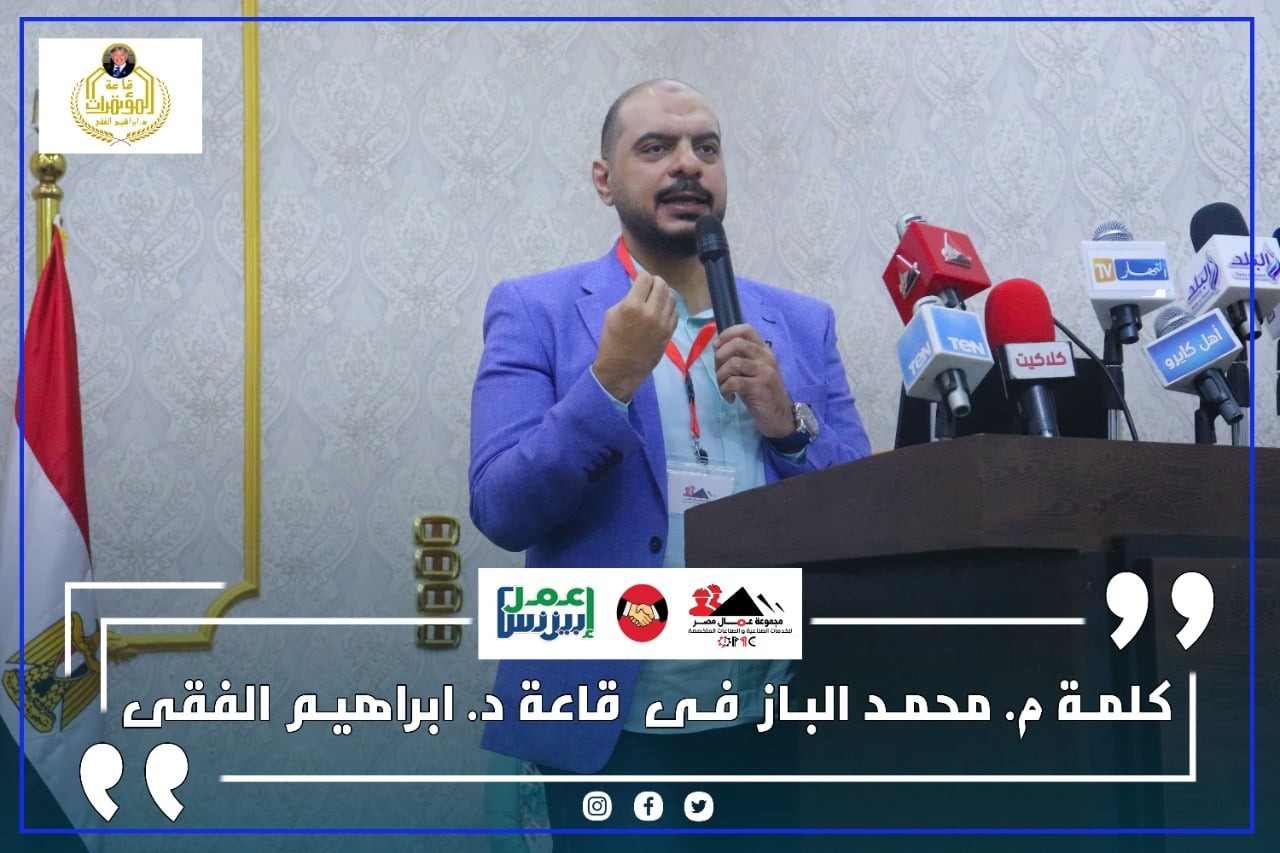