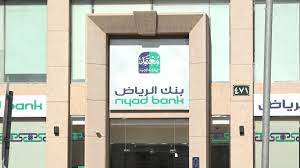 In response to financial and strategic needs, Riyad Bank launched the first batch of sustainability sukuk denominated in US dollars, with a total value of $750 million, and with an interest rate of 4%, Riyad Bank announced in a statement.

Riyad Bank is ranked 12th in Forbes’ 2021 list of the 100 Most Powerful Companies in the Middle East.

Sustainability Sukuk
For the first tranche of US dollar-denominated sukuk, the annual return of 4% is equal to the lowest credit spread of all banks in the GCC, and the rate of return has been reduced from the initial percentage at around 4.37% after the demand for it reached the demand. The highest level was $3.2 billion.

The first tranche of additional bonds is the riskiest debt instrument a bank can issue and is designed to be sustainable but redeemable by the issuer after a specified period. Riyad Bank’s sukuk, 43% of which is indirectly owned by the Saudi government, is non-refundable for a period of five and a half years.

According to the bank’s announcement in Tadawul, the bank has appointed the entities responsible for managing the issuance, namely HSBC, Merrill Lynch International, Riyadh Capital and Standard Chartered, as lead managers and bookrunners for the underwriting.

In order to structure the issuance as a sustainable Islamic bond AT1, the bank launched the first-ever sustainable financing framework based on the social and sustainability principles advocated by the International Capital Markets Association.

Tariq Al-Sadhan, CEO of Riyad Bank, said: “The success of this offer reflects the bank’s commitment to the principles of environmental, social and institutional governance and will contribute to achieving the Kingdom’s Vision 2030 and its goal of achieving net zero emissions. It makes a positive contribution to emissions by 2060.”

Selling sukuk
The issuance follows a steady stream of similarly rated bonds from banks in the oil-producing Gulf region, which often convert to blue-chip bonds, Reuters reported. With abundant liquidity, banks are looking to raise Tier 1 capital, which is a key measure of a bank’s capital.

Last June, Ahli United Bank of Kuwait sold AT1 Sukuk worth $600 million at a price of 3.875 percent. After the sukuk subscription request exceeded $1.7 billion, the sukuk price fell by about 4.375% from the initial indicative price.

In May 2021, the region also saw the sale of Tier 1 equity-backed bonds by Saudi Arabia’s Bank Al Jazira, the Kuwait Finance Corporation and Ahli United Bank of Kuwait, according to Reuters.