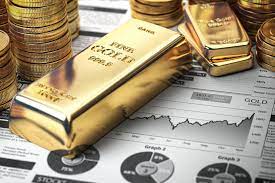 The gold market, consumers and gold market followers are in disarray, with the Minister of Supply and Internal Trade Dr. Ali Al-Moselhi announcing the application of the laser stamping system within a year regarding the fate of buying unsealed gold by laser, especially given the large amount of gold in the market for unsealed gold lasers.

1 – The stamping and weighing department requires the manufacturer to stamp the work with a laser.

2 – Applying laser sealing within a year from now.

3 – After applying the new system, the traditional seal will not be used.

4- Recognize the previous golden seal so that the new method is used to change the work of the department.

5- Gold works with old seals owned by merchants and consumers are valid and recognized and do not require any action regarding them.

6 – Laser stamping is an additive and qualitative development that requires greater precision and stricter control.

The Minister of Supply, Dr. Ali Al-Moselhi, revealed the duration of the transitional phase for the adoption of laser stamping in gold jewellery, saying: “There is a transitional phase, up to a year,” but the adoption of the traditional “pen” stamp will remain parallel. On laser-stamping, even artifacts that are not laser-stamped. After that, it was decided not to adopt traditional stamps. ”

In response to a question about the situation of citizens who own unsealed goods, the minister said in a televised speech: “I believe that the man who owns all the gold is stamped because he buys it from a merchant who takes over the seal and measures the interest. The claim and the imposition of a small fee.”

The Minister of Supply and Internal Trade, Dr. Ali Al-Moselhi, announced that it had been agreed with the General Directorate of Jewelry to hold an exhibition and conference for jewelry from February 29 to 21 to announce a new stage in the jewelry industry. The goldsmiths industry, where there are obstacles in the industry and cooperation between the ministry, seals and scales. During this period, there will be a meeting in the presence of local and international experts and designers to announce what is happening in Egypt in this field. a personality.