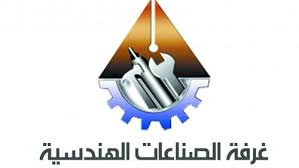 Mohamed Al-Mohandes, head of the Chamber of Engineering Industries, announced that he held a meeting with officials of the Egyptian Tax Authority on January 26, in order to explain the electronic invoice system and other files related to the tax treatment, in addition to presenting all the obstacles facing the engineering factories to the authority’s officials in preparation for their solution.

He added, in statements to “The Seventh Day”, that there is a communication channel between the Engineering Chamber and the Tax Authority to explain the sales tax (value-added) and explain how it is calculated, registered, and supplied through the electronic portal.

And earlier, Muhammad Al-Muhandis, head of the Chamber of Engineering Industries, announced that home appliance factories are still trying to confront the problem of fake maintenance centers, and the crisis was recently discussed with the Consumer Protection Agency and the Industrial Control Authority to reach the best way to deal with the crisis, provided that an inventory of the fake centers is made and submitted. to the competent authorities.

He indicated, in special statements, that direct and continuous channels of communication have been opened with industrial control and consumer protection to get rid of the fake centers crisis, provided that a complete file is submitted to the Minister of Industry and Trade with what has been reached.

The Industrial Control Authority, affiliated with the Ministry of Industry and Trade, addressed the Engineering Chamber, to provide the authority with satellite channels that display fake maintenance centers ads for brands of household and electrical appliances.