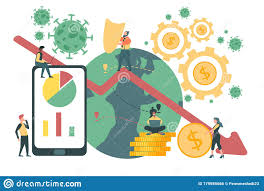 World Bank President David Malpass has warned that the global economy faces a “bleak future” as the fallout from the coronavirus pandemic continues to weigh on growth, especially in poor countries.

The group estimated in its latest forecast that global growth will fall to 4.1% this year, down from 5.5% in 2021.

She attributed the decline to the threat of the Coronavirus and the collapse of government aid.

But Malpass said his “biggest concern is widening global inequality.”

“The biggest obstacle is the inequality in the system,” he told the BBC, noting that poor countries are particularly vulnerable to economic damage from anti-inflation efforts. “The prospects for weaker countries continue to decline further. Go back. This creates insecurity.”

By 2023, the bank said, economic activity in all advanced economies, including the United States, the eurozone, and Japan, may recover from the blows during the pandemic.

However, production in developing and emerging countries are still expected to be 4% lower than it was before the pandemic.

Malpass blamed stimulus packages in rich countries for exacerbating the gap by driving global inflation. While officials in many countries, including the United States, are now expected to raise interest rates in an attempt to curb price hikes.

The World Economic Forum also warned that different economic recovery scenarios make it difficult to cooperate on global challenges such as climate change.

“Rising inequalities within and between countries will not only make it more difficult to control Covid-19 and its variants but also threaten to halt, if not reverse, joint action against a common threat that the world cannot afford,” the forum said in a statement. her forum. Tuesday’s annual global risk report. “.