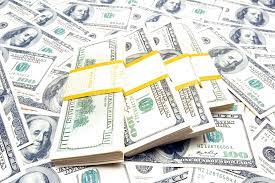 Egypt’s foreign exchange reserves rose for the 20th consecutive month to nearly $41 billion, the highest level in the past 22 months.
Experts attribute this continuous growth to the improvement in foreign exchange resources in Egypt, especially tourism revenues, exports and remittances from workers abroad, as well as the revaluation of assets in the reserve sector.

Dr. Fakhri El-Feki, head of the Planning and Budget Committee in the Egyptian House of Representatives, attributed the continued rise in net foreign reserves to the rise in the prices of some components of the reserve, the most important of which is the US dollar, which represents 70 dollars. percent of domestic reserves, excluding gold, and said that the continuation of the slight increase in reserves over the past few months is a result of the revaluation of Egypt’s international reserve assets.
Egypt’s international reserves mainly consist of the US dollar and are invested in US Treasury bills and bonds to generate returns, in addition to various currencies such as the British pound, the euro, the yen and the Chinese yuan. The reserves include the allocation of about $ 2.8 billion in the form of special drawing rights, which is an international reserve asset established by the International Monetary Fund, which depends on a basket of major international currencies, and depends on the weight of the Egyptian economy in the global economy, equivalent to 0.4%. – In addition to about 80 tons of gold, equivalent to 4 billion US dollars.

Last year, the International Monetary Fund allocated its largest allocation to the Special Drawing Rights, totaling $ 560 billion, to replenish the foreign exchange reserves of member countries, with the aim of enhancing the resilience and stability of the global economy to overcome the impact of the Corona virus crisis.

Fakhri El-Feki said that the Egyptian government intends to repay its external debt of 6-7 billion dollars in the current financial year, of which the total budget allocated to repay the loan is 593 billion pounds ($37.8 billion), which is unlike the British pounds. 580 billion ($369 billion) in sharp contrast to debt yield.

He pointed out that Egypt has never been late in repaying its debts, whether domestic or foreign, and the external debt is in a safe range, as it represents 34% of the gross national product.

El-Feki pointed out that Egypt’s foreign exchange reserves cover a period of seven and a half months of basic commodity imports, noting that the most prominent challenge to the continuous rise in foreign currency reserves is the global inflation wave. The rise in the prices of basic commodities, especially wheat, affects Egypt as the largest country saturated with wheat.

The Egyptian government estimated the price of a ton at 255 dollars in its budget for the current fiscal year, bringing its price to about 700 dollars per ton.

On the other hand, El-Feki added that Egypt’s foreign exchange sources increased by 70-80% in the current fiscal year compared to last year, whether it was tourism revenues, remittances from workers abroad, Egyptian exports, Suez Canal revenues, or direct. and indirect revenue. Foreign investment that improves the reserve position.
Dr. Mostafa Badra, Professor of Finance and Investment, said that the continued rise in currency reserves indicates the success of the economic reform program in Egypt, which is reflected in macroeconomic indicators.

Official data showed that Egypt achieved the highest export value in its history, reaching 45.2 billion dollars last year, and aims to reach 100 billion dollars in the near future, while the total remittances of workers abroad increased in the first nine months of 2021. About 24 billion US$ with an increase of about US$ 1.9 billion compared to the same period in 2020, with a growth rate of 8.8%.

Badra confirmed that the Central Bank of Egypt succeeded in dealing with the impact of the Corona virus epidemic, as the reserves dwindled with the start of the epidemic, but during the epidemic they returned again and continued to increase. the past two years.

Mustafa Badra criticized rumors of the Central Bank’s inclination for new issuances, and pointed to the continued improvement in macroeconomic indicators and the increase in currency reserves.

The professor of finance and investment said that the biggest challenge facing Egypt’s foreign exchange reserves at the present time is the rise in global interest rates and their impact on domestic interest rates, which may lead to an increase in the volume of debt over budget allocations, namely: all expectations related to the course of global interests. However, Badra stressed that the foreign exchange resources in Egypt, whether tourism or the Suez Canal and remittances from workers abroad, are going well.