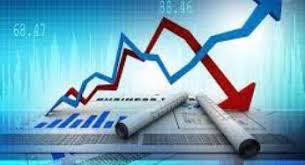 What is the difference between inflation and depression? This is a valid question on the minds of many, especially those who live in countries experiencing severe economic crisis. Although both inflation and depression have catastrophic economic effects to varying degrees, they are diametrically opposed in the economic concept. With inflation, you can buy a certain amount of an item today, but you may not be able to buy it the next day because its price has gone up too much and your currency has depreciated. However, if inflation is excessive, your standard of living will naturally decline, and possibly worse. You may have heard of historical hyperinflation in countries where citizens throw money into the streets for lack of value. In recessions, commodity prices continue to fall as supply increases, but there is simply no one to buy them. That money was not in the pockets of those who lost their jobs as a result of the Great Recession as the companies they worked for went bankrupt as the country’s GDP continued to decline. This is a brief introduction to our article that answers the question of what is the difference between inflation and depression.

What is the concept of inflation?
Economic inflation is a measure of how quickly the prices of goods and services in an economy are rising. These increases may include the price of basic necessities, particularly expenses for food, housing and medicine. It also includes prices for other luxury items such as cosmetics, cars and jewelry. It should be noted that the negative impact of inflation includes consumers and businesses. Given the importance of this major economic issue, the central banks of developed countries have been monitoring their reserves. On this basis, monetary policy is adjusted to mitigate the effect of inflation so that it does not exceed a certain threshold (say 2%). Moreover, inflation is a concern for any member of the society, as its occurrence means that the value of money in their pockets goes down very quickly because it is a result of currency devaluation and currency depreciation. The purchasing power of consumers. For example, if an investor receives investments in stocks and bonds of 5%, but inflation is 3%. That is, his real income does not exceed 2%.

The main cause of inflation
There are many factors that can lead to higher prices and exacerbate the effect of inflation on the economy, but the most important of them are: increased demand for products. This occurs when the demand for certain goods and services is greater than the economy’s ability to satiate them, causing prices to rise faster. Inflated production costs. It occurs when wages and costs of raw materials need to rise, causing the prices of goods and services to rise. Increase the money supply. An increase in the money supply is defined as the total amount of money in circulation, including cash, coins, balances, bank accounts, etc. If money supply grows faster than production, this may lead to inflation. Currency devaluation. This means that a country’s exchange rate goes down, causing the value of the country’s currency to depreciate. Wages go up. If wages rise too much, firms will either have to shift costs or raise prices due to higher wages, resulting in lower profit margins. Wrong monetary policy. The government has adopted many wrong policies which lead to inflation. Examples of these erroneous policies include: some products are tax-exempt, policies to stabilize rents or reduce the supply of housing…
A recession is a severe and prolonged stagnation of economic activity. In economics, a depression is defined as a severe recession that lasts three years or more and causes real GDP to fall by at least 10% in a given year. Depressions are relatively rare compared to mild recessions and tend to be accompanied by high unemployment and low inflation. Economists are divided over the duration of the depression. Some argue that depression includes only periods of decline in economic activity, while other economists argue that depression continues until economic activity returns to normal.

The main cause of depression
The recession is mainly due to lower demand due to lower consumer confidence, which eventually leads to business closings. Also, when consumers stopped buying products and paying for services, companies were forced to cut their budgets, including hiring fewer workers, which greatly increased unemployment. But what about other factors that contribute to weak consumer confidence and stagnation? We’ll mention the most important thing on this list: the stock market crash. The stock market consists of shares owned by investors. The collapse in this market is also a strong sign of a collapse in consumer confidence. Manufacturing orders are low. Business usually thrives due to increased production. If production is chronically weak, this indicates that stagnation may lead to depression at a later stage. Strict control of prices and wages. When the government controls and fixes prices at a certain point so that companies are not able to cut prices, it can cause employees to be laid off to continue working. deflation. It compensates for the sharp drop in commodity prices due to lack of demand. Oil prize hike. Petroleum products are the backbone of the production of all goods and services. Therefore, higher oil prices will have a negative effect on consumption, as the purchasing power of consumers will decrease.

What is the difference between inflation and depression
Having said all of the above, we can talk about the difference between inflation and depression in the following ways: A stagnation is a severe, prolonged and multi-year economic stagnation, during which GDP falls sharply to a degree absent in gender depression. On the other hand, inflation is almost the opposite, as it manifests itself in a short-term increase in the prices of goods and services, the effect of which becomes greater if the growth rate increases over a few years. The severity of a depression is measured by GDP, while inflation is measured by the Wholesale Price Index (WPI) and the Consumer Price Index (CPI). It can be said that economic depression is rare compared to the inflation that the economies of countries constantly face.

Historical examples of inflation and depression