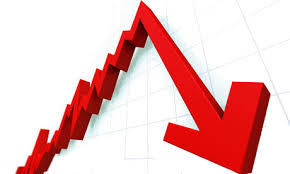 An economic crisis is defined as a sharp deterioration in the economic situation of a country, which is manifested in a significant decrease in production. Learn more about the world’s most famous economic crisis.
Economic crises were not a phenomenon that followed the massive economic earthquake caused by the global financial turmoil in the United States in 2007, nor were they new during the Asian crisis of the 1990s.

In fact, economic crises are an integral part of human history and have contributed to the collapse of empires known to man in the past. Beyond the turmoil caused by mismanagement of national resources, economic crises are inevitable, and the problem is that no one knows when and how it will happen.
This may be spontaneous, due to the cyclical nature of the economy, it may be due to unexpected human intervention (such as debt buildup and eventual default), or it may be the result of natural crises (such as epidemics, severe weather conditions, or devastating earthquakes) from.

To gain a deeper understanding of the nature of these economic crises and why they occurred, we review some facts and information about the phenomenon in this topic.

What is the economic crisis?
First of all, we need to know that the word “crisis” is a general term used to refer to a temporary problem or perhaps a domestic problem, such as high commodity prices (increased inflation) that may constitute a crisis for the economy, but can be controlled by government policies and the influence of the central bank.
In other words, not every problem in the economy can affect it, and it can be considered a complete economic crisis, but if the problem is not contained, consequences can occur, especially since the components of the economy are interconnected, and the fall of one of them has the effect of dominoes falling on the rest.

In any case, an economic crisis can be defined as “a severe and sudden disturbance in any part of the economy, possibly a stock market crash, a rise in inflation or unemployment, or a series of bank failures, with serious repercussions.” To news and economic reports, The Balance said that although this would not necessarily lead to a recession.

On average, a country like the United States faces an economic crisis every 10 years or so, and each time it occurs for a different reason, it is difficult to avoid; It was the 2008-2009 financial crisis that led to bank failures and mortgage problems to blame, and then the 2020 coronavirus pandemic.
As mentioned above, despite the severe effects of an economic crisis, it does not necessarily lead to a general disorder of the economy, such as a recession or stagnation, except under certain circumstances where no crisis can be described as an ‘economic collapse’.

For example, the economic crisis of the 1930s plunged the world economy into a deep depression, which declined by 15% between 1929 and 1932, with negative spillovers, but shrank by only 1% during the 2008-2009 global crisis, according to For the financial portal “Raqqam”.

Types of economic crises and their causes
As with most economic terms and cases; Experts do not have a single, absolute and consistent definition, but have common and generalized definitions of meaning.

The most famous economic crisis

The crisis was triggered by the bursting of the housing bubble in the United States due to heavy debt, which led to the collapse of Lehman Brothers (one of the largest investment banks in the world at the time), and pushed many financial institutions and large corporations to the edge of the cliff, asking for government assistance.
It took nearly a decade for things to return to normal, eliminating millions of jobs and billions of dollars in revenue along the way. It caused chaos in the global financial markets.

As for the financial crisis, it is a situation in which the value of financial assets in the economy decreases rapidly, which directly affects the financial and banking sectors (components of the macro economy), which can eventually have an impact on economic activity and can lead to an economic crisis, as happened in 2008.