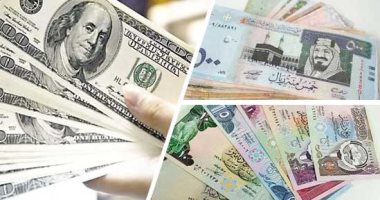 For centuries, humans have understood and used money as a medium of exchange due to the diverse needs and desires that arise from the economic and social development of life, hence the invention of paper money.

The value of paper money does not arise from the ability to convert it into coins (gold and silver), but from a guarantee from the issuing government, while the value of coins comes from the same materials from which they were made such as gold. Or silver, which has the same exchange value as its original value.

Currency value refers to the exchange rate of each country and is based on its own currency, which was based on state-owned gold, but in 1971 the United States stopped pegging its currency to its own currency. The US dollar, using its economic domination of the world, from that moment on, most world currencies are denominated in dollars. The dollar replaces gold, and banks determine the amount of currency in circulation based on the needs of the market, that is, if the amount of printed currency in the market increases without an increase in services and production in the country, the value of the currency will decrease, and this is called inflation, but if the amount of services and goods increases and the amount of money does not change Offered in the market, the value of money or purchasing power increases.

There are different ways for countries to set the rate of their own currency, namely fixed exchange rate and flexible exchange rate. Under the fixed exchange rate method, the government sets the exchange rate of its currency through the central bank, and the rate is fixed by comparing the currency of one country with another. The currency (the US dollar, the euro or the Japanese yen) is pegged, for example, some Arab Gulf countries have their exchange rates pegged to the US dollar, while other currencies are pegged to a basket of currencies such as the State of Kuwait, so the value of the currency passes through the deterministic central bank, It is not affected by supply and demand.

It should be noted that the value of the currency does not necessarily reflect the strength of the economy, the country’s currency may be weak, but the economy is strong, such as the yen (the value of the yen is low, in order to export to the world market at a low price, in addition to production besides its low cost, this has also led This leads to an increase in the demand for it, which led to attracting foreign investment to Japan).

A country may have a high currency value and a modest economy such as the Jordanian dinar, i.e. an export-dependent country is served by the low value of its currency. As for the importing countries, the appreciation of their currency is more suitable for them, and generally the countries seek through their central banks to keep the rates of their currency suitable for international trade.

In addition to the above, currency exchange rates have three main functions:

A: – Standard feature, local producers rely on exchange rates to measure and compare the domestic price of a particular commodity to the international market price.

A: – The distribution function, and this function is achieved through the practice of international trade activities, through which the exchange rate can redistribute national income and national wealth among the countries of the world.

Therefore, the government can effectively handle the economic and non-economic factors affecting the exchange rate in order to increase the value of the currency and increase its purchasing power.