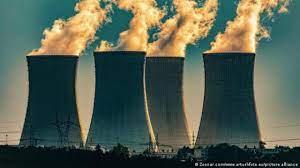 The European Commission has proposed a plan to classify certain types of natural gas and nuclear energy as green energy, which has drawn criticism from Germany.

Proponents believe the natural gas and nuclear energy sectors are essential to aid the transition to cleaner energy use.

Two months ago, countries pledged to keep temperature rise within 1.5°C at the last COP26 climate summit in the UK.

According to the proposal, only high-level nuclear and natural gas plants can be classified as producing clean energy.

According to German media network Deutsche Welle, nuclear power plants must also adopt strict waste disposal plans. For gas stations, for every kilowatt-hour of energy they produce, they will have the largest CO2 emissions.

If a majority of EU member states support the proposal, it will become law and enter into force in 2023.

France reportedly pushed for the inclusion of nuclear power in the proposed plan. France relies on nuclear power for 70% of its electricity, although it plans to halve that share within 15 years.

France also pledged to shut down 12 nuclear reactors by 2035 to reduce reliance on nuclear energy.

The European proposal was criticized by Germany, which began planning to phase out nuclear power entirely and of which only a few nuclear power plants were left.

In turn, Economics and Climate Protection Secretary Robert Habeck has criticized the plan as a “green cleanup” – a sign that it appears environmentally friendly when it really isn’t.

He added that the plan had “damaged the reputation of sustainability”.